The very first automobile was invented in Europe and perfected in France and Germany during the late 1800s.

The first modern motorcar was the 1901 Mercedes. Designed by Wilhelm Maybach for Daimler Motoren Gesellschaft, it had a 35-horsepower engine that weighed only 14 pounds.

Daimler had the most integrated automobile factory in Europe at the time. And just 8 years after the introduction of the 1901 Mercedes, he had 1,700 employees working to produce less than a thousand cars a year.

Henry Ford made a name for himself by taking the concept of an automobile and making it available for all Americans through mass production. In 1914, his Model T Ford sold for just $490.

But even though there are many similarities between European and American cars, European car repairs have a reputation for being more complicated and more expensive.

When it comes to European cars, what are the most common repairs? And why do they require the expertise of a European car specialist?

Here’s a guide that will explain some of the most common European car repairs.

Why Do People Choose European Cars?

Even though there are automotive giants in all parts of the world, European cars have maintained their highbrow status since their inauguration.

European cars are an integral part of the world’s car heritage. Many people argue that they are better vehicles for various reasons. Whether it’s because they believe them to be more lucrative, of better quality, or naturally more appealing, those who prefer European cars generally stick with them throughout the entirety of their lives.

But it isn’t necessarily true. All cars have issues, and with so many European cars in America, European car repair isn’t as lucrative as some drivers make it out to be.

What Are the Top European Car Brands?

There are plenty of European car brands, but we’ll mention a few of the primary manufacturers before we delve into what common repairs are for those particular brands.

Some of the leading European car brands are:

There are more, of course, but those are some of the top brands.

Of the leading continental auto manufacturers, Volkswagen, holds the first place in Europe and the second worldwide in 2014. They also own 15 marques, including Audi, Bugatti, Bentley, Lamborghini, and Porsche.

A lot of people say that, for a car to function for as long as possible, it had to be German. Not all German car brands boast the same reputation as Audi or BMW, but most do.

Volvo, a Swedish car brand, has an outstanding record for impeccable driving, safety, and class.

Now let’s uncover what those common engine problems and European car repairs are.

Even though BMW is one of the most coveted and respected car brands, their cars still have their issues, which is why it’s essential to follow BWM maintenance schedules.

BMW gets its own section because they are one of the most popular European cars driven in the United States. Plus, since they come from the same company as VW, Audi, and Porsche, they often share the same issues.

When your rear window goes down but won’t go up any longer, it means that the window regulator broke when it was in the down position.

Saab, a Swedish car brand, also had the same issue for years.

Sometimes you’ll hear the motor attempting to move the window as you press the button while nothing happens. After checking your fuses to see if it might just need a new one, take your car into a European car repair shop to address the issue.

This issue was, for the most part, particular to the BMW 325i, because of a gasket in the space where the filter-assembly attaches to the engine.

If the oil is leaking in your European car, you might notice a burning smell, or thick white smoke coming from the hood or the tailpipe. That smoke is caused by oil dripping from the gasket and onto the exhaust.

It’s not uncommon for tank expansion to cause leakage. If your coolant is leaking, the coolant light on your dashboard may light up.

The best thing you can do is bring it in so that a European car expert can locate and correct the leak to make sure no coolant shorts out any electrical components.

If you notice that your fan blower motor runs and runs even after the car is off, or that the fan stays on so long that it drains your car’s battery, it’s likely that the resistor for your fan blower has failed.

Even the most reliable cars on the market require repairs. Volvo is one of the most well-made and safest cars to drive.

One of the most popular Volvo models among all owners is the Volvo 240. However, despite its popularity, the car is notorious for specific issues.

The primary repair for this model and some other Volvo models is blown fuses. The fuse box is situated under the dashboard, so the water from outside tends to accumulate inside the fuse box.

Due to the corrosion from moisture, failures in the fuse box are more common. Just make sure you replace your fuses from time to time and keep the fuse box clean and dry whenever you can.

One of the most common problems for many European cars pertains to transmission. If you have to get your transmission replaced, it can cost you a pretty penny.

The Volvo V70, in particular, has a problematic gearbox. The transmission often shifts gears in an erratic manner, which makes the car hard to control while shifting gears.

Sometimes all it needs, though, is a software update or servicing your transmission fluid. The crucial thing is to take it in as soon as you notice an issue. The car itself is very reliable, despite this common issue.

The cooling fan in every car plays an essential role as it’s designed to keep the engine cool. Plus, it’s an integral part of the air conditioning system.

The Volvo XC60, in particular, has had numerous malfunctioning cooling fans. As a result, the car can overheat from time to time, which causes significant repair issues in the long run.

The repair, however, is quite simple for a European car specialist. All it may require is a simple software update. But if you wait too long to have it serviced, you’ll inevitably run into more considerable and expensive repairs down the road.

In the VW Golf and the Audi A4, some of the new condensers have needed repairs.

There were recent emissions scandals concerning both VW and Land Rover. The exhaust gas recirculation valves were at the center of those scandals, with faulty parts at the helm.

We no longer wind our windows down by hand, but if your motor is burnt out, you might wish for those days again. Some modern motors in vehicles like the Audi A5 and the Renault Megane required fixing.

We mentioned coolant leaks before, but they’re also common for many European cars. Those leaks might be symptoms of a cylinder head gasket failure, which is another common European car repair.

Cars like the Citroen C3 and the Peugeot 207 need vital gasket repairs.

With the invention of hybrids and electric cars, the traditional alternator could very well be phased out. But it’s still an issue in used models like the Land Rover Discovery or the Vauxhall Astra.

Driving with fully functional brakes is not only important, but it’s vital. Used cars like the BMW 3 Series or the VW Passat have had faults concerning brakes.

Brakes aren’t hard to replace, as long as you search for “European car repair near me” as soon as you notice an issue.

One of the most expensive issues European cars face starts with the turbocharger. Models like the VW Golf and the BMW 3 Series account for a good portion of those required repairs.

Slipping or burnt-out clutches are common and expensive to fix. The more you drive, the more likely it is to happen. The Vauxhall Astra and the VW Golf are 2 cars that have required clutch repair on more than one occasion.

Cars are loaded with more tech than ever these days. As a result, electrical complains are one of the biggest issues. Audi A3, BMW 3 Series, and the Vauxhall Corsa have all faced electrical issues.

Expensive gearbox repairs are at the top of the list, especially for European cars like the BMW 3 Series, the VW Golf, and the Vauxhall Astra.

Why Should You Visit a European Car Repair Shop?

Even though many mechanics claim to handle all types of cars, it isn’t worth the risk if you own a European vehicle.

Sure it might save you a few bucks to see just any mechanic, but why risk it with your lovable ride?

A European car repair shop will have all of those genuine OEM parts in stock, so you won’t have to wait days or even weeks for a single component to reach the shop.

Experienced technicians who are experts in repairing European cars will have the most experience fixing cars like yours.

The chances are that they’ve done the same procedure to other cars like yours many times before, so you’ll have peace of mind knowing they know precisely how to handle your precious vehicle.

Going to the dealer is an option, but many customers complain that the experience isn’t personalized, and they have to wait longer than if they visited their local European car repair shop.

Many of the common issues European cars face are actually not that expensive to fix. The key is to go AS SOON as you notice anything strange and to visit an honest mechanic.

If you broke your arm, would you go see a dermatologist over an orthopedic surgeon just because they charged less or were more conveniently located?

Think of your car like you would your own body. If an issue arises, it makes sense that you’d take it into the best car doc for the job.

Does your European car need some TLC? Make an appointment or contact us today to find out how we can help. 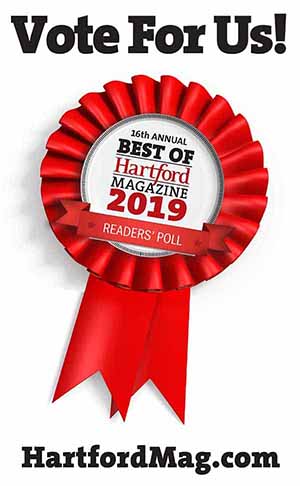 We Need Your Help - Please Vote!

We would appreciate if you would again take the time and vote for us in the category "Best Auto Repair".